In a dramatic change to the layout of search results in all languages worldwide, Google has decided to remove ads from the right hand side of the page on desktop. Instead, ads will only be placed at the top and/or the bottom of the page.

For “highly commercial queries,” Google says it may display a fourth ad in addition to the current three above organic search results. Google has also shrunk the number of ads that can appear on a SERP from as many as 11 to a maximum of seven.

However, there are still a couple of exceptions to the rule. Both Product Listing Ad (PLA) boxes, which appear either above or to the right of search results, and ads in the Knowledge Panel, will still show up.

Why is Google removing ads from the right side of desktop search results?

Despite the fact many people were shocked by the suddenness of this decision, Google has been playing around, experimenting with, and testing the layout of ads since 2010, which is when it first started to show four ads above organic results too.

However, late last year many users began to notice four ads crop up again for certain queries, while ads on the right hand sidebar were absent altogether. At the time, Google said this was not permanent and only running for a small number of queries, but now it has been rolled out worldwide in all languages.

Matt Lawson, Director of Performance Ads Marketing for Google, says “we are making this update to improve the user experience on Google Search and to make that experience consistent across desktop, tablet and mobile.”

He also discloses that over time, Google noticed that ads on the right hand side weren’t getting clicked as much as other ads, coming to the conclusion that they aren’t as useful or what searchers want. “By showing fewer ads, our search experience matches how people actually engage with Google,” adds Lawson.

Will the cost of CPCs increase?

It is too early to tell whether the cost of CPCs will increase. Many are predicting that fewer ads on desktop search result pages will indeed lead to higher prices due to greater demand and less supply, but several additional factors are bound to play a part.

First of all, advertisers might not be willing to pay the same amount for bottom-of-the-page ads as they were for right hand sidebar ads. Secondly, the updates that advertisers running bid-to-position strategies make may cause auction patterns to fluctuate as everyone reacts to each other’s moves.

Martin Roettgerding, head of SEM at SEO/SEM agency Bloofusion also made a good point on Twitter. “There are more top slots now. That alone would mean lower prices for the top. This part is much more certain than the demand side.”

But as you can expect, not everyone agrees and the impact Google’s change will make is dependent on more data becoming available. “Overall, we haven’t really seen much impact to non-brand text ad click or impression volume yet. CPC has also remained roughly steady, but we’re still very interested to see how first page and top of page bid minimums shift,” noted Andy Taylor after looking at Merkle RKG data.

What does Google have to say about the price of CPCs?

Lawson says that Google tested this change extensively before rolling out, as it was worried small companies and advertisers would be priced out of what’s left. Since the launch of the new layout though, he claims that small advertisers haven’t seen much of a change in clicks.

As for auction behaviour in AdWords, Lawson says “there’s no way to guarantee how people will react to this change, but based on all of our experiments and the early returns from this launch, there have been no appreciable changes to costs-per-click in aggregate.”

He also mentions Search Engine Land analysis that concludes the vast majority of PPC advertisers will be better off.

What is the significance of a fourth text ad above organic listings?

Google’s official statement on the subject states: “We’ve been testing this layout for a long time, so some people might see it on a very small number of commercial queries. We’ll continue to make tweaks, but this is designed for highly commercial queries where the layout is able to provide more relevant results for people searching and better performance for advertisers.”

Queries such as “hotels in London” and “cheaper car insurance” can be classified as highly commercial queries, as they tend to be searched by a lot of people. However, your interpretation of highly commercial might differ from Google’s definition of a query that perceives intent to purchase.

What about mobile search?

Seeing as there is no room for a right hand sidebar on mobile search, this change will not affect smartphone users. However, it remains to be seen whether Google will keep the number of text ads above organic results to three, something the search giant confirmed in August 2015.

“We regularly adjust the way we present ads, and for a small portion of mobile queries we may expand the space for ads if they are particularly relevant,” a Google spokesperson told Search Engine Land.

What should you do about Google’s desktop search changes?

Lawson says that regardless of whether these changes have an impact on your advertising approach, the most important thing is knowing how to manage campaigns specifically for your accounts. He also states that most people will be applying the following five pieces of advice already: 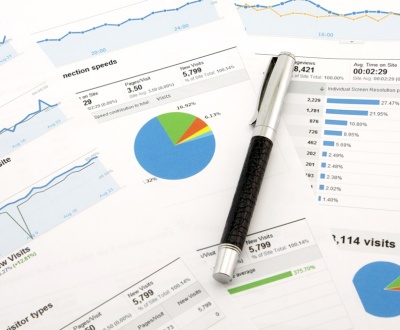